The Perplexities of Lyme 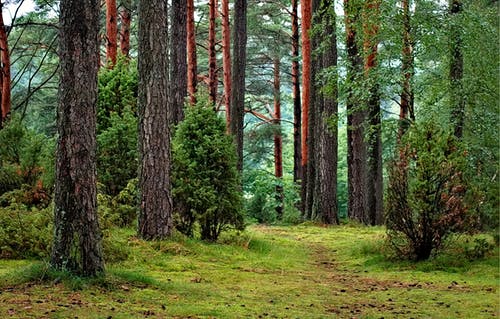 By now, almost everyone knows at least one person who has been diagnosed with Lyme disease. Most of us also know to look for the bull’s-eye rash and ask for a quick dose of antibiotics if you have been bitten by a tick carrying Lyme. For most who get that swift diagnosis and treatment, it will be the end of their story. But many people have also began to hear reports of people who stayed sick even after their course with antibiotics. Then there are also people like me in which no rash appeared and diagnosis came late after damage had already been done and too late to backtrack. This is MY story of Chronic Lyme Disease (CLD). You may find some commonalities and some differences as Lyme is as baffling a disease as they come.

Lyme disease was discovered in Connecticut in the mid-1970’s. Today it is a major, and fast growing health threat, whose reach extends worldwide. Living in Wisconsin, I find myself in one of the fastest growing infected states in the U.S.. Wisconsin had 3,105 REPORTED estimated cases in 2018. The average number of cases has more than doubled over the past 10 years ~ and I believe this is a false low assumption. Between 2000 and 2016 there were 501 confirmed cases of Lyme disease in Waukesha County. Due to the fact that the CDC’s (Center’s for Disease Control) data only represents confirmed cases, the actual quantity of Lyme disease cases could be better estimated at more that 5,000 true cases. Wisconsin is now a hot bed for this disease and Waukesha County is the fastest growing county in Wisconsin with positive Lyme cases.

After much study, the black-legged ticks that live on mice and deer (among other mammals) were found to be the culprit for harboring a pathogen responsible for the outbreak. The bacterium that causes Lyme is called Borrelia burgdorferi. It is a corkscrew-shaped bacterium known as a spirochete that can burrow deep into its host’s tissue, causing damage as it goes and, in lab conditions at least, morphing as needed from corkscrew to a cystlike blob to, potentially a slimy “biofilm” forms. It is an immune invader. Once it hits the human bloodstream, it changes its outer surface to elude an immune response, and then quickly moves from the blood into tissue, which poses problems for early detection. It is hard to find in the bloodstream and other body fluids, therefore hard to culture, and hard to definitively diagnose. If left untreated, it can make its way into fluid in the joints, into the spinal cord and even into the brain and the heart.

I began experiencing an unbalanced/vertigo-like feeling in the Spring of 2009. It was most extreme when I went for a walk. There were times I would stop to regain composure before continuing. Now you must understand I was once an avid mountain bike racer competing and placing pretty consistently in the top 10 of my age bracket. So, I knew something was not right almost immediately.

Over the years, other strange symptoms like-joint pain, insomnia, extreme night sweats, stabbing pains, digestive issues, depression and anxiety, brain fog, TMJ and intense pain in my neck, face and skull came and went. Nothing was really wrong, the many doctors I visited told me so… – my test results looked fine!

I was diagnosed with Meniere’s disease, IBS, TMJ, Clinical Depression, and even told by one surgeon I needed surgery on my hip because of arthritis, Bursitis and FAI (Femoral Acetabular Impingement). Another surgeon later discounted this diagnosis and sent me to physical therapy and my pain magically disappeared. This was only the beginning of a journey that lasted 7 years for diagnosis of Lyme and a life journey of healing that continues today.

In my reading and research I have heard that Lyme is a bacterial infection. I have also read that a virus is the most likely candidate/cause of Lyme. There is definitely not a one-size-fits-all approach to Lyme diagnosis and treatment, this I know for sure! The immune system is so complex and so individualized. Autoimmune diseases can be triggered by stressors that include trauma or infection or a combination of both. Lyme patients are challenging the infectious disease model making it extremely difficult for doctor’s to help in a conventional Western Medicine sense. There is no magic pill and there is nothing more threatening than a patient with a problem you cannot solve. I personally have been told I was crazy by many doctor’s along this journey and I do not blame them one bit! Lyme is a monster and Western Medicine has no idea what they are up against.

Eventually I found a Lyme literate doctor (ILADS) in Northern Wisconsin who told me I had Lyme disease when I walked in her office door. She ordered a Western Blot test to be done and started antibiotic treatment ASAP. The test results came back neither positive nor negative – GO FIGURE – but the Lyme bands presented in my test results were so high she concluded I had the disease. I proceeded on this antibiotic regimen for 9 months. It was a rotating regimen of drugs that made me feel awful at first and then better. After 9 months of treatment I personally made the choice to stop antibiotic treatment as I felt I had plateaued but could function in life so much better then before. For this I am forever grateful to this woman who gave me my life back.

There were still symptoms I felt I could tackle with some more help. I followed my intuition as my journey continued. I found my faith and spirituality grew as I learned to love myself again and find new purpose in my life. It was a challenging time in my life when I first became sick – with my bucket overflowing with stress and overwhelm. The healing continued…

My neighbor shared a book with me written by Dr. Jay Davidson that would change my life even more. Dr. Jay became my Life Coach and Lyme Doctor. He taught me how to eat correctly in dealing with this autoimmune disorder and we built my body back up with the correct supplement regimen. I had the mercury removed from my teeth and went through a heavy metal detox plan. With the elimination of gluten, dairy, white sugar, soy, and corn I have rid my body of inflammation. I will continue this diet plan for the rest of my life because I know how these foods wreak havoc on the body. Eating a mainly plant-based diet has also helped my hormone balance through menopause. Food is an amazing thing!

I worked with Dr. Jay for about a year and since then have been self-maintained and free of Lyme. I keep my stress level to a minimum by practicing deep breathing, yoga, mindfulness, and cold showers. Nature is my gig and I spend as much time IN it as I can. I read A LOT and better myself personally and professionally whenever I can. Devouring information has saved me both mentally and spiritually.

I often think about patients who are less fortunate than myself, whose disease, whatever it may be, has gone unrecognized or undiagnosed. One of the most bittersweet aspects of my illness has been that not only did I suffer from a disease, but I suffered at the hands of a medical establishment that discredited my testimony time and time again and -simply because of my unwaivering and endless search for my own answers- wrote me off as a CRAZY LUNATIC. Please, please, please listen… so that one day you might just be the one person who is able to help.

Go back to my Journal to view all of my entries.

Back to my journal